Another person has come forward in the maelstrom surrounding Supreme Court justice nominee Brett Kavanaugh and Christine Blasey Ford, the woman who says he tried to rape her more than three decades ago. 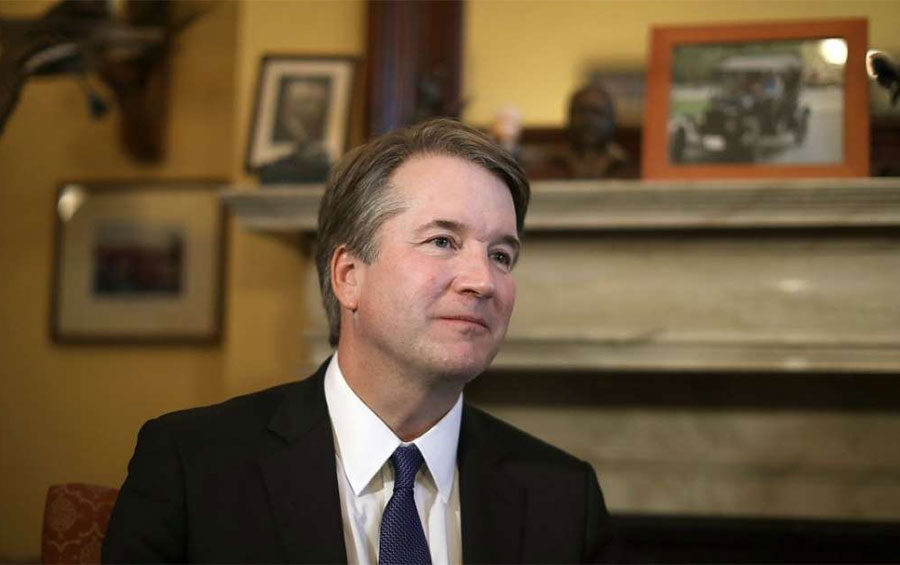 According to NBC News, Cristina Miranda King says she went to school with Ford during the time of the alleged attack.

“Christine Blasey Ford was a year or so behind me,” she said in a Facebook post. “I did not know her personally but I remember her. This incident did happen.”

“Many of us heard a buzz about it indirectly with few specific details. However Christine’s vivid recollection should be more than enough for us to truly, deeply know that the accusation is true,” King confirmed in a letter chock full of liberal and anti-Kavanaugh statements.

But after King’s post went viral, attracting mainstream media attention, she abruptly deleted it and started clamming up.

“Hi all, deleted this because it served its purpose and I am now dealing with a slew of requests for interviews from The Wash Post, CNN, CBS News. Organizing how I want to proceed. Was not ready for that, not sure I am interested in pursuing. Thanks for reading,” she wrote on Twitter.

See the tweet below from Cristina King Miranda pic.twitter.com/FdffneNe9K

King then made up her mind, writing on Facebook and making a significant admission: “To all media, I will not be doing anymore interviews. No more circus for me. To clarify my post: I do not have first hand knowledge of the incident that Dr. Christine Blasey Ford mentions, and I stand by my support for Christine.”

She then slammed the door shut on any more involvement, writing, “That’s it. I don’t have more to say on the subject. Please don’t contact me further.”

I heard a buzz around Georgetown Prep and Houton that Cristina King Miranda was known as a self aggrandizing narcissist who would lie, cheat or steal and hated men. I don’t have first hand knowledge but I believe that this has to be true.

It’s another strange moment in a saga that has captured nation’s attention for days.

Kavanaugh says he was not in anyway involved in, or had knowledge of, the alleged attack on Ford. His friend Mark Judge, who Ford claims witnessed it, says he doesn’t know anything about it either. Multiple friends, including two former girlfriends of Kavanaugh, have attested to his sterling character, even back in high school and college.

Now the Senate Judiciary Committee is waiting to see if Ford will actually testify before them — in private, if she prefers — so they can launch a full investigation into her accusation. Ford, meanwhile, is insisting the White House tell the FBI to investigate first, even though it’s not something that would normally be in their jurisdiction.

Meanwhile, Sen. Elizabeth Warren (D-Mass.) is getting a lot of flak for using the whole controversy to bring in money for her future presidential campaign, the Washington Examiner reported.

“Christine Blasey Ford has done a brave thing in coming forward. She deserves to be heard and treated with respect. Now it’s the Senate’s job to make sure that happens,” Warren wrote in a mass email, according to the Washington Times.

People didn’t fail to notice the big donate button at the bottom for her campaign.