Media pundits believe Twitter’s supposed fear of President Donald Trump’s wrath is one of the reasons why the platform is refusing to ding his tweets targeting liberal lawmakers.

Trump’s tweet telling several lawmakers to “go back” to their own countries does not violate Twitter’s policies, the company said Monday. Researchers and media personalities are now criticizing Twitter for what they say is failing to uphold its own policies.

“It’s the first major test of their rules, and we’re all left wondering why they even set them up in the first place?” Joan Donovan, director of the Technology and Social Change Research Project at Harvard, told The Washington Post Monday. WaPo and other outlets consistently paint Trump’s tweets as racists and bigoted.

Donovan also suggested Trump’s claims that Twitter is biased against conservative might explain why the platform did not act. 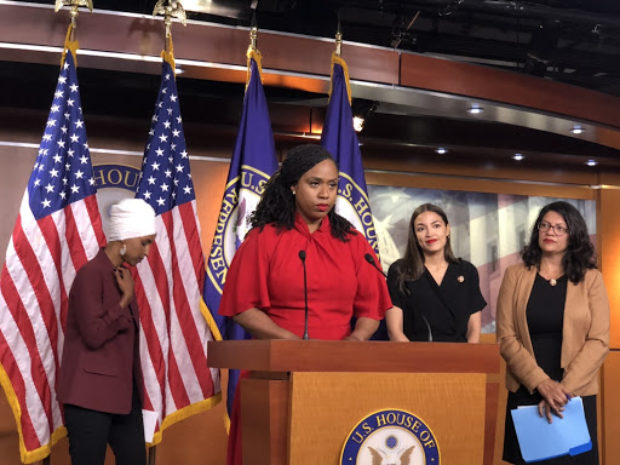 Trump suggested Sunday on Twitter that Democratic Reps. Ilhan Omar of Minnesota, Alexandria Ocasio-Cortez of New York, Rashida Tlaib of Michigan and Ayanna Pressley of Massachusetts should “go back and help fix the totally broken and crime infested places from which they came. Then come back and show us how it’s done.” All of them except Omar were born in the U.S.

New York Times writer Charlie Warzel echoed Donovan’s comment. “Twitter is not going to do anything to stop Trump tweets. That should be very clear at this point,” Warzel wrote in a tweet Monday. Shaun King, a media pundit and frequent Trump critic, made a similar point hours after the president posted the tweet.

“Also, I think we’ve all pretty much accepted that @Jack & @Twitter will do nothing about the open bigotry and targeted harassment from Donald Trump,” King told his Twitter followers Saturday, adding that keeping Trump on the platform is “good for their business.”

Twitter’s decision not to take action comes weeks after the companyannounced a decision to begin labeling and down ranking politicians’ most vitriolic tweets. The new label applies to all verified political candidates and officials with more than 100,000 followers.

Users who want to view flagged content must click on a screen that says Twitter’s rules against abusive behavior apply to the tweet. Such de-rankings would result in fewer people seeing content with the new label. Twitter said in June that the new change will go into effect immediately and will not affect other leaders or accounts with broad influence.