But while Trump will be making history Monday as he attends the parade, an offer the United Veterans War Council has made to every president since 1985, his involvement as a citizen with the annual Veterans Day event dates back to 1995 when he saved the event from dire financial straits.

Less than three months before the 1995 Veterans Day parade, in mid-August, organizers had just $1.21 in the event’s bank account after receiving nothing from the 200 corporations, including military contractors, they had reached out to for financial support, The New York Times reported in 1995.

“Zippo, dada, zilch,” the 1995 parade’s executive director, Tom Fox, told The NYT. “Nothing from Northrup, United Technologies, none of them. To me, it’s a sin.”

It was at that point then-businessman Trump stepped in and saved the event by contributing between $325,000 and $375,000, parade organizer Vincent McGowan told CNN in 2016.

Trump’s contribution unleashed a windfall of donations to the parade’s organizers. While the parade’s budget was ultimately reduced from $2.9 million to $2.4 million, The NYT reported, the show was able to go on.

Trump had also requested to be named the grand marshal of the 1995 parade in exchange for his contribution, a move that had reportedly angered some veterans at the time, but McGowan told CNN that Trump was never given the honor because he was not a veteran.

McGowan could not be reached for comment, but a spokesman for the United Veterans War Council told the Daily Caller News Foundation that CNN’s reporting in 2016 that Trump had saved the 1995 Veterans Day Parade was accurate. 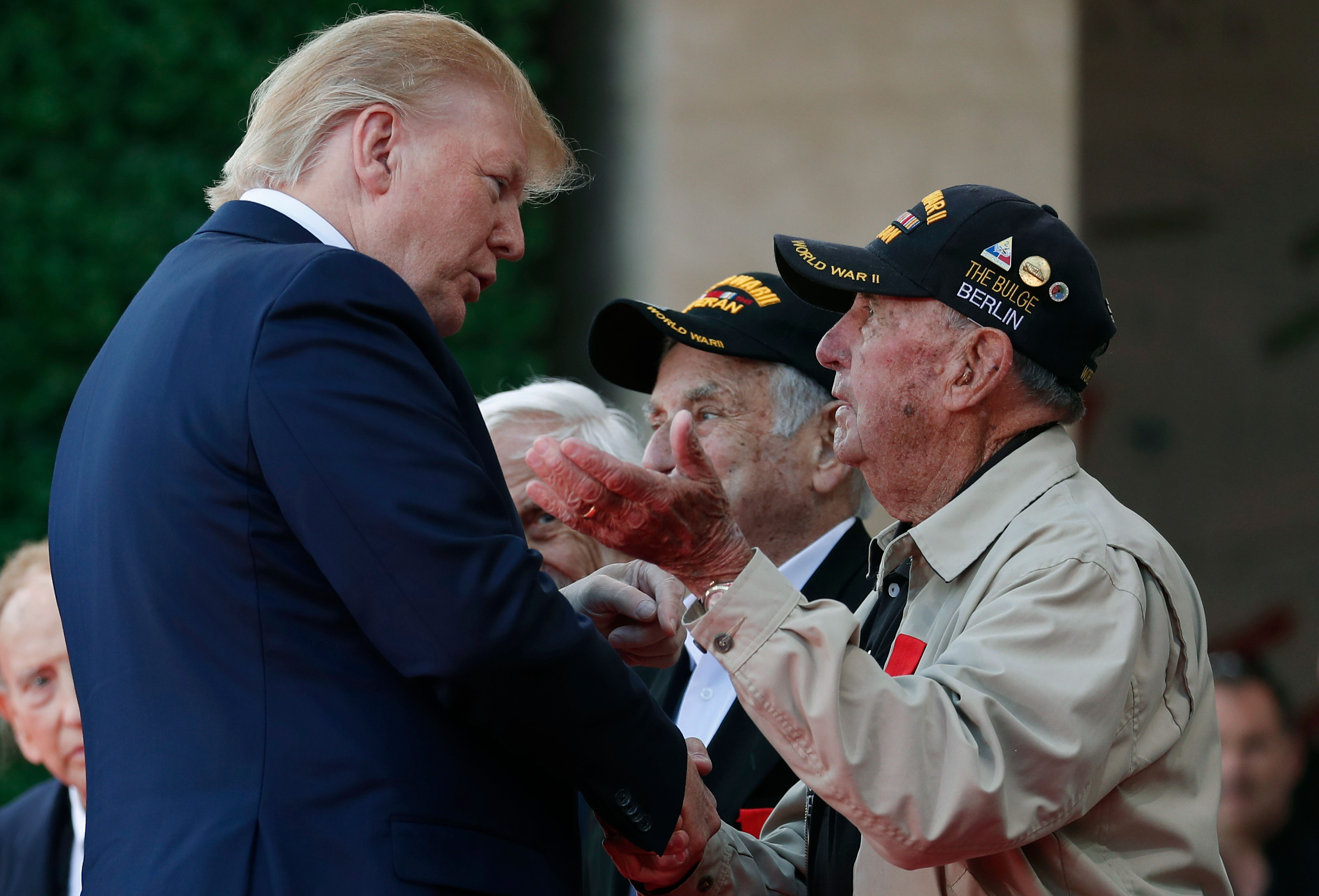 Trump’s donation to help the 1995 parade followed a $1 million contribution he made in 1985 to help fund the construction of the Vietnam Veterans Memorial Plaza in New York City.

As a presidential candidate in 2016, Trump donated $1 million to the Marine Corps Law-Enforcement Foundation, a charity that provides educational services to the children of fallen Marines and police officers, CNN reported.

Bill White, a co-producer of the 2019 Veterans Day Parade, recalled on “Fox & Friends” Wednesday how Trump saved the 1995 parade.

“[T]he parade was in difficult financial straits, and the president of the United States — then ‘The Donald’ — no questions asked, just said, ‘Yes, I will do it,’” White said.

“He wrote a ginormous check, saved the Veterans Day Parade,” White said. “He has been a friend to our veterans for many, many, many years … We are so grateful to our president. We have a great commander-in-chief. There’s going to be 30,000 veterans, 400 military units … and it’s our 100th anniversary.”